The Oslo Detectives are back in another slice of gripping, dark Nordic Noir, and their new colleague has more at stake than she's prepared to reveal... Oslo detective Frolich searches for the mysterious sister of a young female asylum seeker, but when people start to die, everything points to an old case and a series of events that someone will do anything to hide... Suspended from duty, Detective Frolich is working as a private investigator, when his girlfriend's colleague asks for his help with a female asylum seeker, who the authorities are about to deport. She claims to have a sister in Norway, and fears that returning to her home country will mean instant death. Frolich quickly discovers the whereabouts of the young woman's sister, but things become increasingly complex when she denies having a sibling, and Frolich is threatened off the case by the police. As the body count rises, it becomes clear that the answers lie in an old investigation, and the mysterious sister, who is now on the run... A dark, chilling and up-to-the-minute Nordic Noir thriller, Sister is also a tense and well-plotted murder mystery with a moving tragedy at its heart, cementing Kjell Ola Dahl as one of the greatest crime writers of our generation. 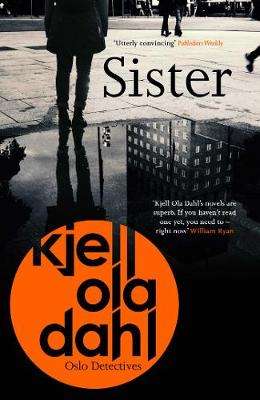