Did any musician in the Seventies fly so free as John Martyn did on 'Bless The Weather', 'Solid Air, Inside Out' and 'One World'? Did any fall so far? Small Hours is an intimate, unflinching biography of one of the great maverick artists. Though Martyn never had a hit single, his extraordinary voice, innovative guitar playing and profoundly soulful songs secured his status as a much admired pioneer. Covered by Eric Clapton, revered by Lee 'Scratch' Perry, produced by Phil Collins, Martyn influenced several generations of musicians, but beneath the songs lay a complicated and volatile personality. He lived his life the same way he made music: improvising as he went; scattering brilliance, beauty, rage and destruction in his wake. Drawing on almost 100 new interviews, Small Hours is a raw and utterly gripping account of sixty years of daredevil creativity, soaring highs and sometimes unconscionable lows. 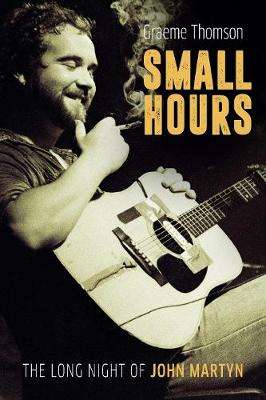 Jimi Hendrix: The Stories Behind the Songs
David Stubbs
€24.10

The Little Guide to Dolly Parton: It's Hard to be a Diamond in a Rhinestone Worl
Malcolm Croft
€7.20

Hit Factories: A Journey Through the Industrial Cities of British Pop
Karl Whitney
€12.05