Born in the Dublin slums of 1901, his father a one-legged whorehouse bouncer and settler of scores, Henry Smart has to grow up fast. By the time he can walk he's out robbing and begging, often cold and always hungry, but a prince of the streets. By Easter Monday, 1916, he's fourteen years old and already six-foot-two, a soldier in the Irish Citizen Army. A year later he's ready to die for Ireland again, a rebel, a Fenian and a killer. With his father's wooden leg as his weapon, Henry becomes a Republican legend - one of Michael Collins' boys, a cop killer, an assassin on a stolen bike. 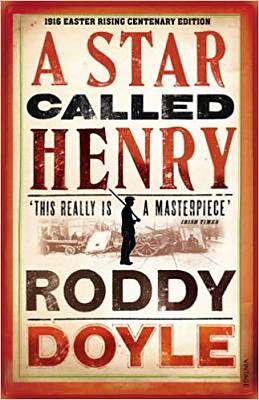 Oh My God What a Complete Aisling
Emer McLysaght
€9.99

THE ADVENTURES OF PUCK
Cathal Browne
€8.99