The anticipated second book in 2019's breakout magical fantasy series, Starfell, starring misfit witch Willow Moss. Perfect for readers of 8+ and beautifully illustrated throughout by Sarah Warburton. Willow Moss, the youngest and least powerful sister in a family of witches, recently saved the world. The problem is, nobody can remember it - and, to make matters worse, her magical ability seems broken. Instead of finding lost things, objects keep disappearing against her will ... which is especially troubling now that her friend Sometimes needs her help! Sometimes has discovered how to see ten minutes into the future. Unfortunately that's only enough time to find out that his kidnappers are on their way! His only hope is to write an urgent letter to Willow, asking if she wouldn't mind trying to find him. As Willow and her friends piece together what has happened to Sometimes, their adventure takes them from an enchanted tower to the magical forest of Wisperia and into dangerous new realms... Can Willow save Sometimes when her own powers are out of control? 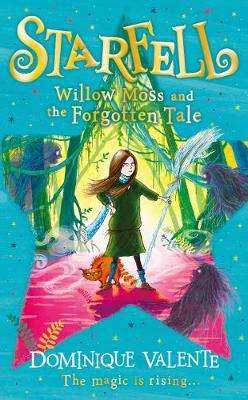 20% off
The Case of the Drowned Pearl: A Murder Most Unladylike Mini-Mystery: World Book
Robin Stevens
€1.20

20% off
Murder Most Unladylike
Robin Stevens
€7.00

20% off
Arsenic for Tea: A Murder Most Unladylike Mystery
Robin Stevens
€7.00

20% off
Charlie and the Chocolate Factory
Roald Dahl
€7.00