Stone Cold is a Carnegie Medal-winning thriller by Robert Swindells. It is one of The Originals from Penguin - iconic, outspoken, first. A tense thriller plot is combined with a perceptive and harrowing portrait of life on the streets as a serial killer preys on the young and vulnerable homeless. Link, aged 17, is distrustful of people until he pairs up with Deb, another homeless youngster. But what Deb doesn't tell him is that she's an ambitious young journalist on a self-imposed assignment to track down the killer and she's prepared to use herself as bait ...The Originals are the pioneers of fiction for young adults. From political awakening, war and unrequited love to addiction, teenage pregnancy and nuclear holocaust, The Originals confront big issues and articulate difficult truths. The collection includes: The Outsiders - S.E. Hinton, I Capture the Castle - Dodie Smith, Postcards from No Man's Land - Aidan Chambers, After the First Death - Robert Cormier, Dear Nobody - Berlie Doherty, The Endless Steppe - Esther Hautzig, Buddy - Nigel Hinton, Across the Barricades - Joan Lingard, The Twelfth Day of July - Joan Lingard, No Turning Back - Beverley Naidoo, Z for Zachariah - Richard C. O'Brien, The Wave - Morton Rhue, The Red Pony - John Steinbeck, The Pearl - John Steinbeck, Stone Cold - Robert Swindells. 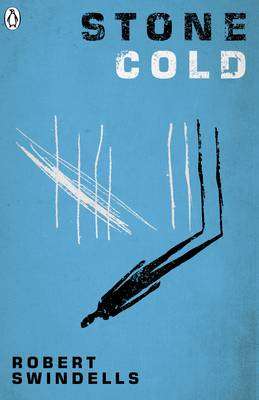 The Weight of Water
Sarah Crossan
€9.99