Historically, Ireland's shores have been no stranger to bloodshed for faith. During the sixteenth and seventeenth centuries, this tension was especially palpable. As people heard mass in secret hideaways and traveled for miles to meet with fugitive priests, they were also fighting a government who wanted to force the Protestant state religion upon them. From this time of suffering and sacrifice, nearly 460 individuals were put forth as dying for the faith. Yet of that number, only 17 were beatified by Pope John Paul II in 1992, begging the question, in a time of intertwined religious and political upheaval, how do we define a martyr?

Former president of Ireland Mary McAleese seeks to uncover just that. From Franciscan friars and bishops to diocesan priests and one sole laywoman - what made these 17 individuals stand apart from the rest? With a confident retelling of their inspiring stories, we discover that until very recently our divisions and wounds were not so dissimilar from theirs. 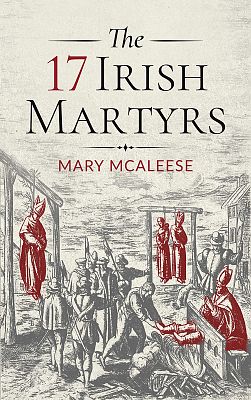 Hardback
The 17 Irish Martyrs also appears in these Categories:

The Screwtape Letters: Letters from a Senior to a Junior Devil
C. S. Lewis
Paperback
€11.25

A Saint a Day: 365 True Stories of Faith and Heroism
Meredith Hinds
Hardback
€12.50

12% off
Holy Desperation: Praying as If Your Life Depends on It
Heather King
Paperback
€15.35

A Short History of the Church of Ireland
Kenneth Milne
Paperback
€12.95

Illustrated Encyclopedia of Mythology of the World
Arthur Cotterall
Hardback
€37.50

The Case for Hope: Looking Ahead with Confidence and Courage
Lee Strobel
Paperback
€12.50

A People's Church: A History of the Church of England
The Revd Dr Jeremy Morris
Hardback
€37.50

20% off
Lessons from a Bedside: Wisdom For Living
Breda Casserly
Paperback
€9.99