The Accidental Adventures of Onion O'Brien: The Head of Ned Belly

Onion O'Brien is in trouble, again. This time he and the rest of the Five O's are trying to stop the destruction of the Valley, the local wasteland where they hang out. But Mayor Ronald Bump has other ideas - he wants to build new apartments there, so he sets local guards The Ferg and Judge on the children. As if things aren't bad enough, there's a new teacher in their school acting very suspiciously. The Five O's can find out his secret if they manage to win the school talent contest. There's only one problem - they are completely talentless. Then there's the discovery of the head of Ned Belly, and the local legend that claims he can reveal where his treasure is hidden ... Will the Five O's manage to outwit The Ferg and Judge ... and Ronald Bump ... and the new teacher ... and solve the mystery of the head of Ned Belly ... and save their precious Valley?! 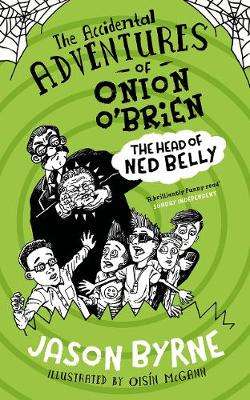 8% offPaperback
The Accidental Adventures of Onion O'Brien: The Head of Ned Belly also appears in these Categories:

Molly Thompson and the Crypt of the Blue Moon
Nick Tomlinson
€8.40

10% off
The Miracle on Ebenezer Street
Catherine Doyle
€12.99