THE DIVINE COMEDY I: INFERNO

An acclaimed translation of Dante Alighieri's The Divine Comedy Volume 1: Inferno that retains all the style, power and meaning of the original, this Penguin Classics edition is translated from the Italian with an introduction by Mark Musa. This vigorous translation of Inferno preserves Dante's simple, natural style, and captures the swift movement of the original Italian verse. Mark Musa's blank verse rendition of the poet's journey through the circles of hell recreates for the modern reader the rich meanings that Dante's poem had for his contemporaries. Musa's introduction and commentaries on each of the cantos brilliantly illuminate the text. Dante Alighieri (1265-1321), scion of a Florentine family, mastered in the art of lyric poetry at an early age. His first major work is La Vita Nuova (1292) an exercise in sonnet form constructed as a tribute to Beatrice Portinari, the great love of his life. It is believed that The Divine Comedy - comprised of three canticles, Inferno, Purgatorio, and Paradiso - was written between 1308 and 1320. If you enjoyed the Inferno you might like Giovanni Boccaccio's Decameron, also available in Penguin Classics. 'Musa operates on the principle that a translator's first duty is to render the original text as exactly as possible without compromising the literary quality of the work ...[This is] the best English-language version of the Inferno currently available' Library Journal 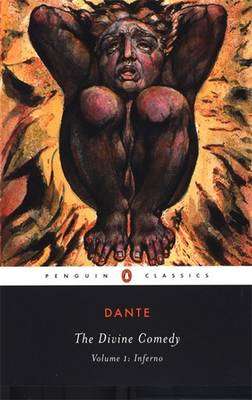 Paperback
THE DIVINE COMEDY I: INFERNO also appears in these Categories:

Set Me On Fire: A Poem For Every Feeling
Ella Risbridger