The Diving Bell and the Butterfly

The diary of Jean-Dominique Bauby who, with his left eyelid (the only surviving muscle after a massive stroke) dictated a remarkable book about his experiences locked inside his body. A masterpiece and a bestseller in France, it is now a major motion picture directed by Julian Schnabel.

On 8 December 1995, Jean-Dominique Bauby suffered a massive stroke and slipped into a coma.

When he regained consciousness three weeks later, the only muscle left functioning was in his left eyelid although his mind remained as active and alert as it had ever been. He spent most of 1996 writing this book, letter by letter, blinking as an alphabet was repeatedly read out to him. 'The Diving-Bell and the Butterfly' was published in France on Thursday 6th March 1997.

It was immediately hailed as a masterpiece. And then, three days later, he died. 'The Diving-Bell and the Butterfly', which records Bauby's lonely existence, is probably the most remarkable book about the triumph of the human spirit, the ability to invent a life for oneself in the most appalling of circumstances, that you will ever read.It has now been made into a captivating film, directed by Julian Schnabel and starring Mathieu Amalric, which was the winner of the award for Best Director at Cannes and nominated for the Palm d'Or. 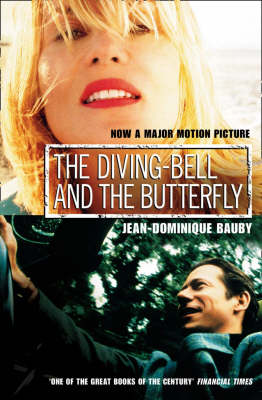 Paperback
The Diving Bell and the Butterfly also appears in these Categories:

The Thief, This Wife and The Canoe
David Leigh
Paperback
€12.50

The Yoga Manifesto: How Yoga Helped Me and Why it Needs to Save Itself
Nadia Gilani
Trade Paperback
€18.75