The Fairy Tales of Oscar Wilde

Oscar Wilde's fairy tales were, he said, "meant partly for children, and partly for those who have kept the childlike faculties of wonder and joy." The tales include The Happy Prince, The Remarkable Rocket, and The Fisherman and his Soul. In them, Wilde mocks the self-important and self-righteous, and celebrates the virtues of pity and charity. Finely-wrought, and studded with dazzling word-pictures, these are stories to treasure. In this new edition, which contains all of Wilde's fairy tales, his rich prose is evoked beautifully with the sumptuous, intricate work of artist Isabelle Brent. With an insightful introduction by Neil Philip, this is surely the definitive edition of Wilde's classic tales. 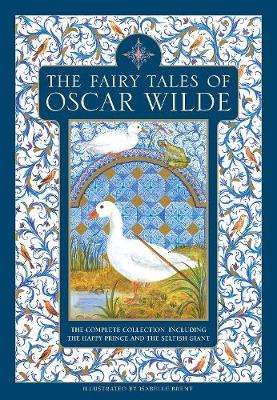 Hardback
The Fairy Tales of Oscar Wilde also appears in these Categories: