The Great Famine of 1845-52 was the most decisive event in the history of modern Ireland. In a country of eight million people, the Famine caused the death of approximately one million, while a similar number were forced to emigrate. The Irish population fell to just over four million by the beginning of the twentieth century. Christine Kinealy's survey is long established as the most complete, scholarly survey of the Great Famine yet produced. The unravelling of fact from opinion, the interpretation of motives behind the London governments' responses, and the confrontation of stereotypes are at the heart of this extensive work. "This Great Calamity" is an exceptional book, now available for the first time in pocket format. 'This book is mandatory reading for anyone who wishes to be informed about Irish history' - "Irish Post". 'This is not the last word on the Famine, but it is the best so far' - "Irish Independent". 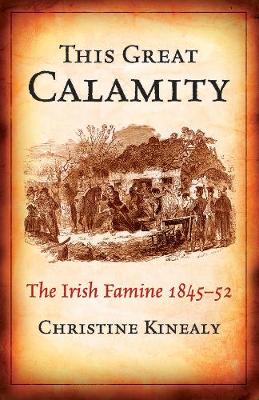 11% off
Ireland's Pirate Trail: A Quest to Uncover Our Swashbuckling Past
Des Ekin
€12.99

Shadows from the Trenches - Veterans of The Great War & The Irish Revolution 191
Emmanuel Destenay
€30.00