The Greeks: A Global History

'A wonderful book.' Peter Frankopan 'A masterpiece' Gregory Nagy, Harvard University 'Remarkable' Ian Morris, author of Why the West Rules-For Now The way we think. The way we learn. The entertainment we seek. The way we are governed. It all began on the mountains and islands of Europe's southeastern edge, more than 3,000 years ago. The Greeks is the story of a culture that has contributed more than any other to the way we live now in the West. It is a story that travels the entire globe and four millennia, taking us from the archaeological treasures of the Bronze Age Aegean, myths of gods and heroes, to the politics of the European Union today. Here are the glories of the classical city-states of Athens and Sparta, the far-reaching conquests of Alexander the Great, the foundations of early Christianity, the thousand-year empire of the Byzantines, and the rediscoveries of the Renaissance and the Enlightenment. It is a history of inventions, such as the alphabet, philosophy, and science -- but also of reinvention, as Greeks adapted to catastrophic change and found new ways to survive and make their mark on the world around them; not least today, across a diaspora spread over five continents. The product of a lifetime's research by one of the subject's most esteemed experts, this is the epic, revelatory story of the Greeks and their global impact, told as never before.

Despatched after 04/11/21. A separate order should be placed for this item. If you order this along with other items, your entire order will be held and despatched when complete. 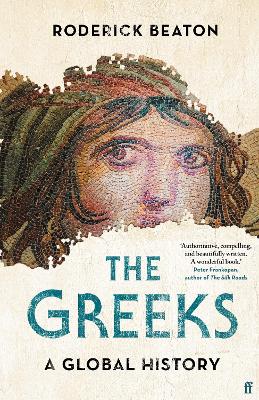 Hardback
The Greeks: A Global History also appears in these Categories:

The Spirit of the Celtic Gods and Goddesses
Carl McColman
Paperback
€17.25

Pathways to the Cosmos: The alignment of megalithic tombs in Ireland and Atlanti
Peigin Doyle
Paperback
€10.00

Twelve Caesars: Images of Power from the Ancient World to the Modern
Mary Beard
Hardback
€37.05