Every day the President of the United States receives threats against his life. Every day his security tell him they're crackpots, nothing to worry about. Today is different. Today he doesn't believe them. Because he's been dreaming of his own violent death, over and over. It feels so real. Like someone is inside his head. The President's medical advisor, Josh Cain, a military psychologist with his own complications, is summoned to a church tower near the White House to talk down yet another suicidal ex-Marine. Today is different. Today the veteran asked for him by name, tells him of a plot against the President - seconds before a sniper's bullet takes him out. Battles used to be fought man to man, then machine to machine, then in cyberspace. The Grid is a thrilling mix of Homeland and Inception which takes us to the edge of a new kind of battlefield: the human brain... 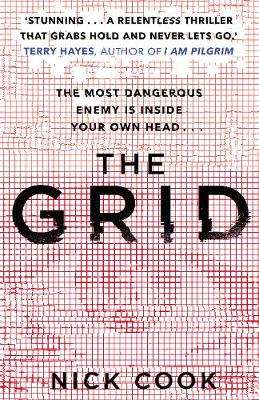 Paperback
The Grid also appears in these Categories: