The ruins of an Anglo-Norman fortress built over an Early Christian Irish dún, it was fought over, occupied, fortified, reinforced, seized, abandoned, and blown up. Today, silhouetted against the Laois skyline, the stark grandeur of the ruined fastness of Dunamase has the power still to stir our imaginations.

Plundered by Viking raiders in 843AD, it became the dowry of Aoife, the bartered daughter of Diarmait Mac Murchada, when she married Richard De Clare, Strongbow, as the price for the Anglo-Norman invader restoring Diarmait as king of Leinster.

Fortified by a murder hole, arrow slits, portcullis, drawbridge and high protecting walls, the struggles between Gaelic Irish versus invading forces played out around the fortress of Dunamase for centuries. Weapons and armor, buckles and spurs, gaming pieces and arrowheads, Gaelic metalwork and medieval coins, all unearthed in excavations, bear witness to its role as a focal point for critical events in Irish history. 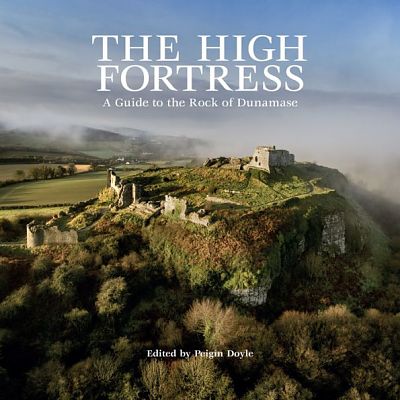 Paperback
The High Fortress also appears in these Categories: