The House of Gucci [Movie Tie-in]

SOON TO BE A MAJOR MOTION PICTURE from director Ridley Scott, starring Lady Gaga and Adam Driver Who killed Maurizio Gucci? Discover the sensational true story of murder, madness, glamour, and greed that shook the Gucci dynasty-and inspired the blockbuster film. "A riveting account ... has the holding power and pace of an engaging novel." -Bloomberg On the morning of March 27, 1995, four quick shots cracked through Milan's elegant streets. Maurizio Gucci, heir to the fabulous fashion dynasty, had been ambushed, slain on the steps to his office by an unknown gunman. Two years later, Milan's chief of police entered the sumptuous palazzo of Maurizio's ex-wife, Patrizia Reggiani-nicknamed "the Black Widow" by the press-and arrested her for murder. Did Patrizia kill her ex-husband because his spending was wildly out of control? Did she do it out of jealousy, because he was preparing to marry his mistress? Or is it possible Patrizia didn't do it at all? The Gucci story is one of glitz, glamour, and intrigue-a chronicle of the rise, near fall, and subsequent resurgence of a fashion dynasty. Beautifully written, impeccably researched, and widely acclaimed, Sara Gay Forden's The House of Gucci is a page-turning account of high fashion, high finance, and heartrending personal tragedy. 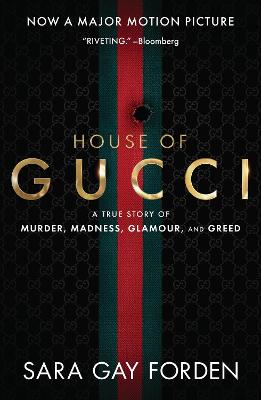 Paperback
The House of Gucci [Movie Tie-in] also appears in these Categories:

This is Going to Hurt
Adam Kay
Paperback
€10.99

The Diary of a Young Girl: The Definitive Edition
Anne Frank
Paperback
€11.25

From Our Own Correspondent
Polly Hope
Paperback
€13.75