By the late 1950s Ireland had suffered three economic crisis in as many decades, falling significantly behind the living standards of neighbouring countries. Yet at the turn of the millenium it had reached virtual parity. This was all the more remarkable given the economic turbulance of the 1970s and the deep recession that lasted most of the 1980s.

A major contributing factor to this historic convergence was a series of new economic and socail policies pursued from the 1950s. While the cumulative effect if these was not anticipated, they produced a boom in the 1990s that was genuinely exceptional by world standards.

The Department of Finance had primary responsibility for setting economic policy throughout the period. It was also charged with a swathe of other responsibilities in its role as "The Central Department". Its Ministers and officials were key agents of the changes that transformed modern Ireland.

This book is based on unique access to the vast departmental archive, and gives deep new insights into the governance of the Irish state in these four pivotal decades in its history. 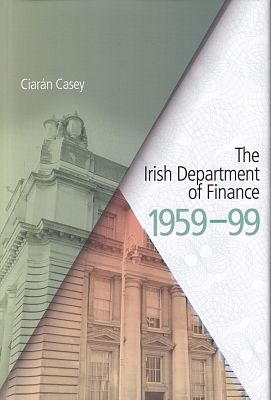 Hardback
The Irish Department of Finance 1959-99 also appears in these Categories:

Say Nothing: A True Story Of Murder and Memory In Northern Ireland
Patrick Radden Keefe
Paperback
€13.75