The new book from the BBC Radio 4 hit series The Life Scientific Inside the lives of the scientists who are exploring our world, our universe, our past, ourselves. Based on interviews broadcast on BBC Radio 4's hugely popular series, The Life Scientific takes science out of its box and introduces us to the men and women who make it happen. The explorers in this volume include Michele Dougherty, the mathematician who directed the Cassini mission to Saturn, and Helen Sharman, the first British person in space. Jane Francis shares the joys of camping in Antarctica, Colin Pillinger relives his mission to put the Beagle 2 lander on Mars and Henry Marsh shares his thoughts about slicing through our thoughts. Brian Cox tells why he gave up pop music for quantum mechanics, and Nobel Prize winner John Sulston remembers why he thought it might be a good idea to sequence the human genome. 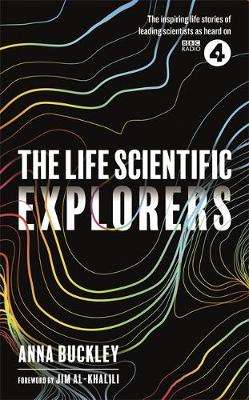 Paperback
The Life Scientific: Explorers also appears in these Categories: