The Making of a Detective

When he retired in 2018 Pat Marry had been instrumental in solving dozens of serious crimes, including many murders. But as a newly qualified garda in 1985, Marry had no idea how to become a detective. He soon realised he would have to learn on the job - put himself forward and show that he had what it took. Taking initiative, following up hunches (even far-fetched ones), obsessing about details, trying new investigative techniques, thinking laterally - these were essential. In addition, you had to be a bit of a psychologist. The Making of a Detective follows Pat Marry's path from rookie to Detective Inspector through the stories of key cases he worked on and investigations he led. It includes high profile cases like Rachel Calally's murder by her husband Joe O'Reilly. But there are also stories that have faded from public memory, such as the 1995 murder of Marilyn Rynn, which involved the first use of DNA evidence to solve a crime in Ireland. Or the 2001 murder of Mary Gough, a case solved mainly by scrutinizing her husband's internet use - then a new investigative tool. The Making of a Detective is a unique and gripping insight into the work of a dedicated garda operating at the very top of his profession. 'An absolutely fascinating book ... Really interesting stories and insights' Sean O'Rourke, RTE Radio 1 'An absolute must-read ... as page turning as a crime novel' Irish Examiner 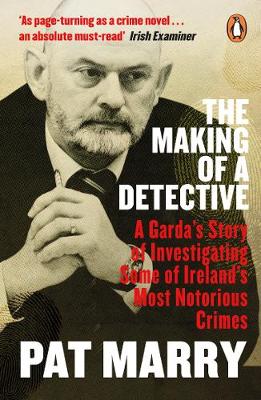 10% offPaperback
The Making of a Detective also appears in these Categories: