The Murder of Mr Moonlight

The No.1 Bestseller! 'I was a very vulnerable young woman with three small children. I was lost ... Pat Quirke tried to come in and control everything' Bobby Ryan's disappearance in rural Tipperary in June 2011 mystified all who knew him. The truck-driver and part-time DJ (known as Mr Moonlight) was an easy-going fellow with no enemies. Or so everyone thought. When Ryan's body was found 22 months later on the farm of Mary Lowry, the wealthy young widow he had been seeing, it was clear that he had met a violent end. And the most likely person to have brought about that end? Pat Quirke, the man who had 'discovered' the body - Mary Lowry's brother-in-law, financial advisor, tenant and one-time lover. Following the longest running murder trial in Irish criminal history Quirke was convicted of murder in May 2019. Getting to that day had taken years of exhaustive work by gardai. The Murder of Mr Moonlight is the definitive account of their investigation as well as the compelling story of how an innocent man paid the price for another man's obsessions. Catherine Fegan, Irish Journalist of the Year (2017), and Chief Correspondent at the Irish Daily Mail, covered every day of Quirke's trial. Over many months she also conducted interviews in Tipperary and further afield. She has written an extraordinary insightful and meticulous account of the case that gripped the nation. '[An] excellent book that shows all the colours of the story that intrigued the nation' Irish Daily Mail 'Well-researched and highly readable ... Fegan proves her journalistic mettle, delivering forensic detail in accessible language ... Anyone who followed the trial will not be disappointed by Fegan's book' Sunday Business Post 'Absolutely compulsive reading (as I know because my wife wouldn't let me anywhere near it - but I did get it in the end!) ... a page-turner' Eamon Dunphy, The Stand 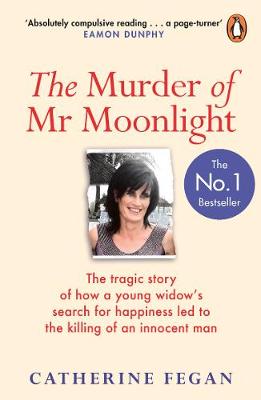 18% offPaperback
The Murder of Mr Moonlight also appears in these Categories: