The New Frontier: Reflections From the Irish Border

The New Frontier is a landmark publication of writing from the Irish Border, composed of non-fiction, fiction and poetry  it is a chorus of voices from some of the islands greatest writers, that conveys in its multiplicity the true meaning of our border. At a time when the division of our shared island has once again become an international concern, the Border now a threshold between Europe and the United Kingdom, The New Frontier seeks to explore the meaning of this partition in the 21st century for those people that inhabit that divide.

The New Frontier will undoubtedly become a key cultural and literary touchstone. This anthology considers the border, and our historical divisions, through literature, by inviting writers from border areas to respond imaginatively and instinctively. By writing the land, writing the body, writing the lived experiences of this complex and misunderstood part of Ireland, The New Frontier looks to reclaim the border region from decades of misinterpretation and misunderstanding. 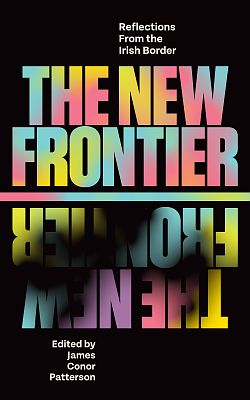 Hardback
The New Frontier: Reflections From the Irish Border also appears in these Categories:

THE WOMAN WHO WALKED INTO DOORS
Roddy Doyle
Paperback
€12.50

Where Have You Been?
Joseph O'Connor
Paperback
€13.75