We have lost the plot when it comes to migration. In our collective consciousness, the term 'migration' conjures up images of hordes of refugees fleeing 'their' country, escaping on rafts and coming to invade 'ours'. When we think of migration, we think of (largely unwanted) immigration and its ills. We've got it all wrong. Far from being abnormal, the act of going in search of a better life is at the core of the human experience. And now a new kind of nomad is emerging.

What used to be a movement largely from east to west, south to north, developing to developed country is becoming more of a multilateral phenomenon with each passing day. Young people from everywhere are moving everywhere, from south to south, within and between continents. They are moving to where they expect to improve their lives and are turning the world into a beauty contest of cities and regions and companies vying to attract them. They are doing so because movement has become a key to their emancipation.

After centuries of becoming sedentary, the future of humanity and the key to its enlightenment in the 21st century lies in re-embracing nomadism. Migration fosters the qualities that will allow our children to flourish and succeed. Our times require more migration, not less. Part memoir, part generational manifesto, The New Nomad is both the chronicle of this revolution and a call to embrace it. 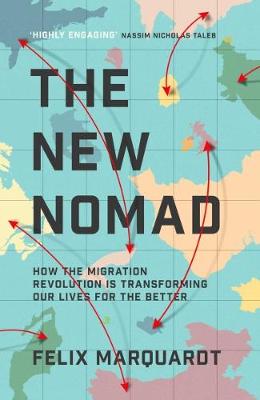 19% offTrade Paperback
The New Nomads also appears in these Categories:

Frankly, We Did Win This Election: The Inside Story of How Trump Lost
Michael Bender
Hardback
€30.85

UnPresidented: Politics, pandemics and the race that Trumped all others
Jon Sopel
Paperback
€12.35

Defects: Living with the Legacy of the Celtic Tiger
Eoin O Broin
Paperback
€16.95

Storm Is Upon Us
Mike Rothschild
Trade Paperback
€18.30

Outraged: Why Everyone is Shouting and No One is Talking
Ashley 'Dotty' Charles
Paperback
€12.20