The long-buried secrets of the Old Kingdom and the Ninth Gate are revealed in the sequel to Sabriel and Lirael. Orannis, the Destroyer, has been freed from its subterranean prison and now seeks to unleash its terrible powers. Only Lirael, Abhorsen-in-Waiting, has any chance of stopping this enemy of all Life.
As she and her companions - Sameth, the Disreputable Dog and Mogget - set out on their fated journey, Lirael has no idea of what lies ahead. Only days earlier, Lirael was merely a Second Assistant Librarian. Now, with only a vision from the Clayr to guide her and without the experience of Abhorsen Sabriel and King Touchstone, she must search both Life and Death for some means to defeat the Destroyer.
Before it is too late... 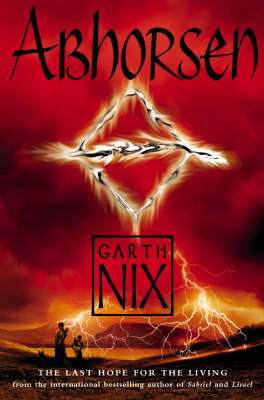 Paperback
The Old Kingdom 3 : Abhorsen also appears in these Categories:

We Are Blood And Thunder
Kesia Lupo
€9.99

10% off
Through the Wardrobe: How C. S. Lewis Created Narnia
Lina Maslo

Star Wars Use the Force!: Discover what it takes to be a Jedi
Christian Blauvelt