The Politics of God

In the aftermath of 9/11, which highlighted the dark alliance between religion and violence, there was a new realisation among policymakers around the world of the significance of religion as a factor in global affairs.

We are faced with almost daily evidence in newspapers and on radio, television and social media platforms of the capacity of religion to do much good but also to do great harm.

The phrase the paradox of religions has been used to describe this dual effect. The Politics of God: The Rise and Rise of Political Religion examines the rise of political religion and its global impact, particularly in light of the Russo-Ukrainian War that has caused Europes largest refugee crisis since WWII.

Printed on or after 30/11/22. Please note dispatch may take 5-10 days after publication date.
A separate order should be placed for this item. If you order this along with other items, your entire order will be held and despatched when complete. 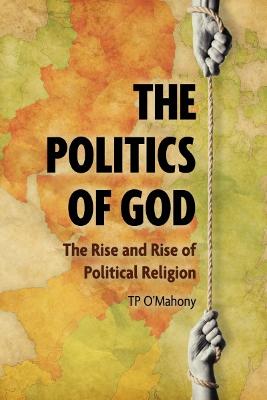 Paperback
The Politics of God also appears in these Categories:

The Best Catholics in the World
Derek Scally
Paperback
€12.50

The Book of All Books
Roberto Calasso
Paperback
€16.25

The Word: On the Translation of the Bible
Dr John Barton
Hardback
€31.25

The Ninety-Five Theses and Other Writings
Martin Luther
Paperback
€15.65