The Queen of Dirt Island

A searing, jubilant story about four generations of women, fierce, loyal love and the powerful stories that bind generations together.

The Aylward women are mad about each other, but you wouldn't always think it. You'd have to know them to know - in spite of what the neighbours might say about raised voices and dramatic scenes - that their house is a place of peace, filled with love, a refuge from the sadness and cruelty of the world.

Their story begins at an end and ends at a beginning. It's a story of terrible betrayals and fierce loyalties, of isolation and togetherness, of transgression, forgiveness, desire, and love. About all the things family can be and all the things it sometimes isn't. More than anything, it is an uplifting celebration of fierce, loyal love and the powerful stories that last generations.

Author Biography: Donal Ryan is an award-winning author from Nenagh, County Tipperary, whose work has been published in over twenty languages to major critical acclaim. The Spinning Heart won the Guardian First Book Award, the EU Prize for Literature (Ireland), and Book of the Year at the Irish Book Awards; it was shortlisted for the International IMPAC Dublin Literary Award, longlisted for the Man Booker Prize and the Desmond Elliott Prize, and was voted 'Irish Book of the Decade'. His fourth novel, From a Low and Quiet Sea, was longlisted for the Man Booker Prize, shortlisted for the Costa Novel Award 2018, and won the Jean Monnet Prize for European Literature. His most recent novel, Strange Flowers, was voted Novel of the Year at the Irish Book Awards, and was a number one bestseller. Donal lectures in Creative Writing at the University of Limerick. He lives with his wife Anne Marie and their two children just outside Limerick City. 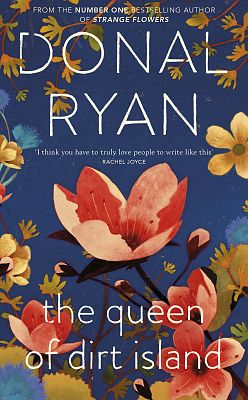 20% offPaperback
The Queen of Dirt Island also appears in these Categories:

All We Shall Know
Donal Ryan
Paperback
€11.25

Notes to Self
Emilie Pine
Paperback
€12.50

All We Shall Know
Donal Ryan
Paperback
€11.25

15% off
My Fourth Time, We Drowned
Sally Hayden
Trade Paperback
€15.99