The Road to the Top of the Mountain

This is the extraordinary story of the road to recovery of Matt who, at the tail end of 2010 at the age of twenty-three, suffered a life-altering brain injury. Awakening from a six-week coma, he couldn't talk or even sit up in bed unsupported. It was clear that he wouldn't be able to resume his career as a water sports instructor, nor did it look very likely that he would be able to pursue his passion for skiing. However, Matt had other ideas. When he regained the ability to speak he declared that his first post-injury goal was to be skiing by the end of the year. The fact that he couldn't actually walk was but an obstacle to be overcome in due course. This turned out to be the first of many more challenging goals yet to come. He was discharged from the hospital after six months of intensive rehabilitation and therapy and only six months left to reach his first goal. The game was most definitely on. Not only did he get back on his skis by November 2011, but in 2018 he went on to graduate with a degree in Sports Journalism and, embracing his now wobbly walk, he embarked on a whole new career as the Wobbly Journo, specialising in writing about free-skiing. The Road to the Top of the Mountain allows the reader to accompany Matt on his recovery path as, supported by friends, family and the ski community at large, he battled his way back to an independent life with many adventures on the way in Europe and America. It also explains in a basic way how the brain works and what happens when it is damaged. It is an uplifting story of great hope and determination as told by his mother, Anne, with contributions from Matt throughout. 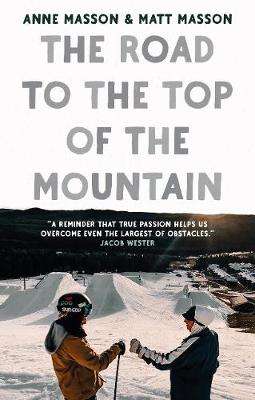 Paperback
The Road to the Top of the Mountain also appears in these Categories:

4.5% off
Psychiatrist in the Chair: The Official Biography of Anthony Clare
Brendan Kelly