Dervla McTiernan's powerful debut The Ruin draws us into the dark heart of Ireland and asks who will protect you when the authorities can't - or won't. Perfect for fans of Val McDermid, Tana French and Susie Steiner.

February 1993.
On his first week on the job, Garda Cormac Reilly responds to a call at a decrepit country house to find two silent, neglected children waiting for him - fifteen-year-old Maude and five-year-old Jack. Their mother lies dead upstairs.

March 2013
Twenty years later, Cormac has left his high-flying career as a detective in Dublin and returned to Galway. As he struggles to navigate the politics of a new police station, Maude and Jack return to haunt him.

What ties a recent suicide to the woman's death so long ago? And who among his new colleagues can Cormac really trust? 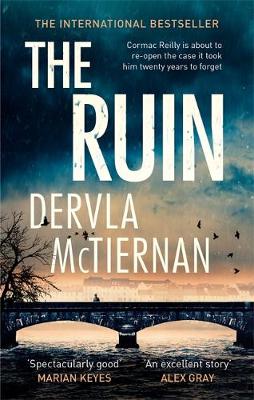 Paperback
The Ruin also appears in these Categories:

The Girl in the Castle
James Patterson
Paperback
€11.25

11% off
How to Kill Your Family
Bella Mackie
Paperback
€9.99