The Saga of Darren Shan 6 : The Vampire Prince

Darren Shan, the vampire's assistant, must clear his name and avenge the death of Gavner Purl. Can a half-vampire outwit a Vampire Prince?

Betrayed by Kurda and reeling from the brutal slaying of Gavner, the vampire's assistant, Darren Shan, finds himself branded a traitor and hunted by the vampire clan. Will Darren's failure to complete the Trials mean banishment for Mr Crepsley and execution for himself? Or can Darren return to the home of the damned and exact revenge? But Darren comes to realise that there is more than revenge at stake -- the vampire clan must combat the rise of the Vampaneze Lord, or see his ascension mark the end of thousands of years of vampire rule! 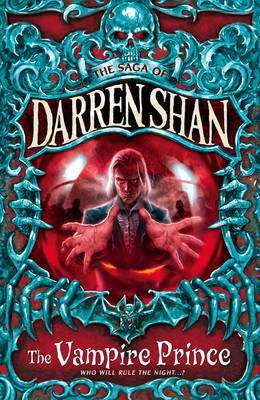 Paperback
The Saga of Darren Shan 6 : The Vampire Prince also appears in these Categories: