The Saga of Darren Shan 8 : Allies of the Night

The quest for the Vampaneze Lord continues for the hunters of the dusk. Darren gets an unwelcome taste of reality when he is forced to go back to school and his past catches up with him. Maturing at one fifth the rate of a normal human, Darren has the looks of a fifteen year old, even though he is very much older. Vampire Prince and vampaneze killer he may be, but someone has shopped him to the authorities and it's time for Darren to go back to school. But school is not the only thing Darren has to come to terms with: faces from the past, the death of a clan member, a clash with a vampire hunter and blood-thirsty vampaneze mean Darren's past is catching up with him -- fast. It's time for the allies of the night to join forces. The hunt is on! 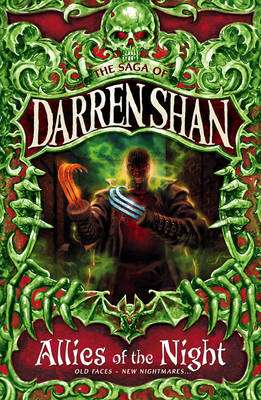 Paperback
The Saga of Darren Shan 8 : Allies of the Night also appears in these Categories: