The Saga of Darren Shan 9 : Killers of The Dawn

The allies of the night prepare for the final, deadly confrontation. Darren and Mr Crepsley will get more than they bargained for when they come face to face with the Vampaneze Lord. Evolution according to Darren Shan: human to half-vampire to Vampire Prince.

Outnumbered, outsmarted and desperate, the hunters are on the run. Pursued by the vampaneze, vigilante mobs and the police, Darren Shan, the Vampire Prince, is public enemy Number One! With their enemies baying for blood, the vampires prepare for deadly confrontation. Is this the end for Darren and his allies? Half a million copies sold of the Saga -- get your teeth into a bloody good book! 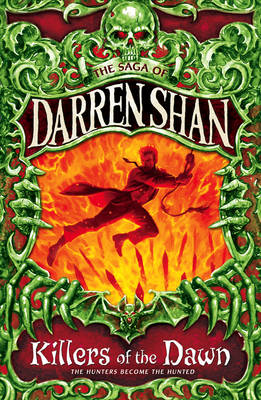 Paperback
The Saga of Darren Shan 9 : Killers of The Dawn also appears in these Categories: