The Sound of Freedom

It's spring 1919. Ireland's War of Independence has just begun. In a cottage in County Westmeath, thirteen-year-old Colm Conneely longs to join the local Volunteers, the 'Rainbow Chasers' who dream of an independent Ireland. Caught up in republican fever, he smuggles guns, stands up to the RIC during a house raid and raises the tricolour on a lake island. But Colm is also chasing another rainbow - he dreams of a life in America working as a fiddle player and involved in the republican movement there. The arrival in the area of spirited Belfast girl Alice McCluskey is a new development in Colm's life. She speaks Irish, shares his love of Irish music and is also committed to the 'cause'. Will Colm stay in Ireland and join the Volunteers or will he fulfil his dream of working as a musician in America? A long-held family secret comes to light, rocks Colm's world and shows him the way to go. 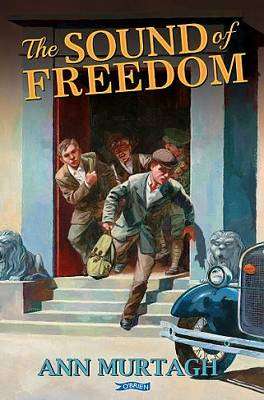 6.5% offPaperback
The Sound of Freedom also appears in these Categories:

8% off
The Big Book of Favourite Irish Myths and Legends
Joe Potter
€9.99

10% off
Scout's Best Day Ever!: A Doggy Adventure Around Ireland
Jennifer Farley
€12.99

My First Book of Irish Vehicles
€8.99

Island of Adventures: Fun things to do all around Ireland
Jennifer Farley
€12.99