The Sound of the Shuttle: Essays on Cultural Belonging & Protestantism in Northe

The Sound of the Shuttle is an eloquent and compelling selection of essays written over four decades by Belfast-born poet Gerald Dawe, exploring the difficult and at times neglected territory of cultural belonging and northern Protestantism. The title, taken from a letter of John Keats during a journey through the north-east in 1818, evokes the lives, now erased from history, of the thousands of workers in the linen industry, tobacco factories and shipyards of Belfast. Sketching in literary, social and political contexts to widen the frame of reference, Dawe offers fascinating insights into the current debate about a 'New Ireland' by bringing into critical focus the experiences, beliefs and achievements of a sometimes maligned and often misread community, generally referred to as Northern protestants. In making the telling point that 'The jagged edges of the violent past are still locked within ideological vices', The Sound of the Shuttle is an insightful and honest report based upon many years of creative and critical practice. This is an essential book for our changing times. 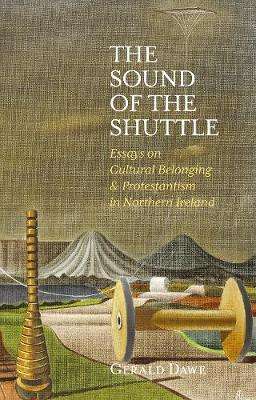 28.5% offHardback
The Sound of the Shuttle: Essays on Cultural Belonging & Protestantism in Northe also appears in these Categories:

20% off
The Village of Bernadette: Lourdes - Miracles, Stories and Cures: The Irish Conn
Colm Keane
€11.99

66.5% off
The Highest Poverty: Monastic Rules and Form-of-Life
Giorgio Agamben
€16.00

27.5% off
Journeys of Faith: Stories of Pilgrimage from Medieval Ireland
Louise Nugent
€13.59