The Sun Sister is the sixth epic story in the Seven Sisters series by the number one international bestseller Lucinda Riley. To the outside world, Electra d'Apliese seems as though she is the woman who has everything: as one of the world's top models, she is beautiful, rich and famous. But beneath the veneer, and fuelled by the pressure of the life she leads, Electra's already tenuous control over her mental state has been rocked by the death of her father, Pa Salt, the elusive billionaire who adopted his six daughters as babies from around the globe. Struggling to cope, she turns to alcohol and drugs to ease the pain, and as those around her fear for her health, Electra receives a letter from a complete stranger who claims to be her grandmother . . . In 1943, Celia Arundel arrives in Nairobi, Kenya, to join her new husband on his family coffee plantation. After a sheltered upbringing in England, she is astounded and horrified by the antics of her fellow ex-pats in the infamous Happy Valley set. Then Bertie, her husband, brings home the daughter of the Chieftain of the local Maasai tribe to live under his protection due to kidnap threats from a neighbouring tribe, and a strange bond begins to form between them . . . 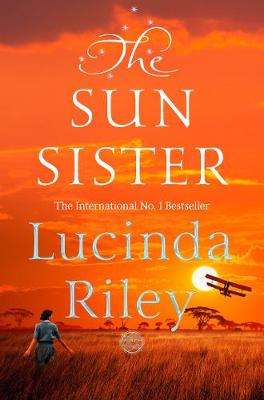 19% offTrade Paperback
The Sun Sister also appears in these Categories:

8% off
THE NIGHT FIRE: A BALLARD AND BOSCH THRILLER
Michael Connelly
€16.99