In his first novel, the great filmmaker, Werner Herzog, tells the incredible story of a Japanese soldier who defended a small island for twenty-nine years after the end of World War II. Hold the island until the Imperial army's return. You are to defend its territory by guerrilla tactics, at all costs... There is only one rule: you are forbidden to die by your own hand. In the event of your capture by the enemy, you are to give them all the misleading information you can. In 1944, on Lubang Island in the Philippines, with Japanese troops about to withdraw, Lieutenant Hiroo Onoda was given orders by his superior officer. So began Onoda's long campaign, during which he became fluent in the hidden language of the jungle. Soon weeks turned into months, months into years, and years into decades - until eventually time itself seemed to melt away. All the while Onoda continued to fight his fictitious war, at once surreal and tragic, at first with other soldiers, and then, finally, alone, a character in a novel of his own making. The Twilight World immortalizes and imagines Onoda's years of absurd yet epic struggle in an inimitable, hypnotic fever dream. It is a moving and profound meditation on the purpose and meaning we give our lives. 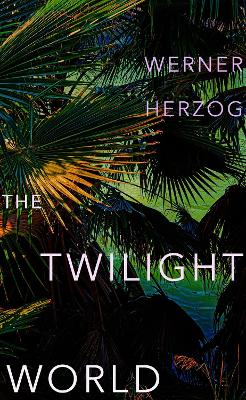 Hardback
The Twilight World also appears in these Categories: