It is 2007, a time of recession and impending climate crisis, and one young man decides to change the world. Meet Stephen Jackley, a British geography student with Asperger's Syndrome. Aged just twenty-one, obsessed with the idea of Robin Hood, and with no prior experience, he resolved to become a bank robber. He would steal from the rich and give to the poor. Jackley used disguise, elaborate escape routes and replica pistols to successfully hold up a string of banks, making away with thousands of pounds. He committed ten robberies in south-west England over a six-month period and bank notes marked with 'RH' - 'Robin Hood' - began finding their way into the hands of the homeless. The police, despite their concerted efforts, had no idea what was going on or who was responsible. That is until Jackley's ambition got the better of him. This is his story. 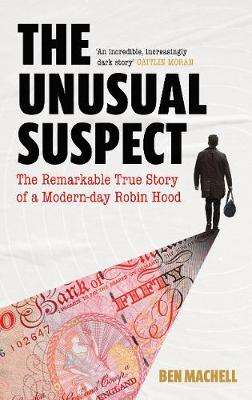 Trade Paperback
The Unusual Suspect also appears in these Categories: