In The War of Independence in Limerick,1919-1921, author Tom Toomey provides, for the first time, an historical narrative of the period that is informed by the Witness Statements of many of those who participated in the events that took place. His further research of Colonial Office and War Office files in the British National Archives at Kew, London, has ensured that an equally detailed description is given of both the British military and the Irish police forces.
Toomey's treatment of all armed encounters, from that at Soloheadbeg on 21 January 1919 to that of Dromkeen on 3 February 1921 and beyond that to the Truce (11 July 1921), provides names and numbers, aims and aspirations, results and casualties from both sides of the conflict. The text narrates IRA successes and failures, atrocities by the Black and Tans, and deals with the major events that occurred in Limerick prior to the 1921 Truce. Many of these events were important in defining the character of the war; many, especially those in the last months of the war, played a major part in bringing about the Truce of 11 July 1921.

Above all, this book provides an historical narrative of the war in Limerick, which gives the City and County a distinctive place in the history of the War of Irish Independence.

Tom Toomey has been involved in local history for thirty years. He has published a number of works, including Forgotten Dreams, the biography of Major Ged O'Dwyer (1995). Along with Harry Greensmith, he co-authored An antique and Storied Land, a history of the parish of Donoughmore (1991).
In 2006 he was awarded an MA in Local Studies by the University of Limerick. In addition, he has written a number of booklets and lectured on local history.
He works for Limerick Market Trustees, and lives in Castletroy near Limerick. He is married with three children. 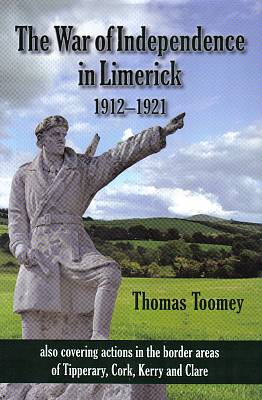 Hardback
The War Of Independence In Limerick 1912-1921 also appears in these Categories:

Once Upon a Road: The History and Times of an Irish Butter Road
Joe Harrington
Paperback
€24.99

The Gate Lodges of Munster: A gazetteer
J.A.K. Dean
Paperback
€30.00