This Woman's Work - Essays on Music

This is a collection of essays by between 18 female writers, writing about exclusively female experiences in music. The instrument makers, the experimentalists, the harmonisers, the avant-garde, the genre-breakers, the pop queens, those on the margins who expose the lack of intersectionality in this industry. For a long time, the narrative of music has been male-centred and hyper-masculine. The purpose of women within it was to orbit these men: swooning to Elvis, screaming en-masse at Beatles gigs, or trying to get backstage to sleep with the rock bad boys. When women gained visibility in the music of the 1960s, they were - again - allocated specific tropes: backing singer, lone woman in the band, Motown trios singing innocuous love songs.

In the 1970s, at the time Kate Bush became the first woman (at just 17) to have a number one with song she'd written herself, the women of punk began to make their voices heard. But many didn't like these acts of assertion; the femaleness, the raging against gender stereotypes, the Amazonian loudness of it all. Joan Jett recalls being knocked over on stage by flying bottles; The Slits were chased and threatened after gigs and their singer Ari Up was stabbed twice.

In the 1980s, as hip hop gained prominence, it made room for only a handful of women, while trading in misogynist rhymes, where women could only be hoes, bitches or gold diggers. How were young female rappers of colour to participate when they didn't see themselves represented in that culture? Canons - in literature, film, music - can point relentlessly towards a male compass and women within them can be othered, or exoticised - OR they attempt to own it. To speak up. To shout louder. But sexism is hard-coded in this industry.

The term 'A&R man' was an industry standard for years, despite its lack of inclusivity. And what of production greats like Eno, Martin, Quincy Jones? - there is no female producer with that level of name recognition, and this problem is what's at the core of this book. Why the valorisation of men who play music? Why the gendered cul-de-sacs that leaves women marginalised and adrift? Why the constant attempts to be taken seriously as a guitarist, desk engineer or lyricist?

There are thousands of women in music whose stories we don't know. Pioneers whose achievements are undervalued, often by virtue of their gender, or because someone else (a man?) took credit for it. Things change. Planets shift. There is more acceptance now, conversely, in a world that is currently seeing rowbacks on feminism, equality and politics. We need to remember the stories of the past, the women who shattered ceilings and kicked in doors, while we lean into a future of new names, new movements, and new ways of thinking about the vast spectrum of women in music. 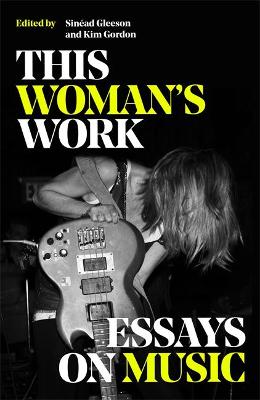 15% offTrade Paperback
This Woman's Work - Essays on Music also appears in these Categories: