Tom Kiely strode majestically through the Irish sporting scene, brushing aside all challengers, collecting championships by the score, smashing Irish, Scottish, British and European and world records on all sides. He created a blazing chapter of sporting history that still burns as brightly today as it did in the early years of the century' (David Guiney, Ireland and the Olympic Games) Thomas F. Kiely was widely regarded as the greatest all-around athlete in the world in the 1890s and early 1900s. He was never beaten in an all-round competition and many would regard him as the father of the modern decathlon. His career is interwoven with a range of events and issues in Ireland - he played a seminal role in helping the GAA establish itself before hurling and football were really widespread, and in shaping how Ireland coped with the dark days of the Parnellite split. In many respects, Kiely became a national hero at a time when the country needed one - a sort of blend of Cuchulainn and 'Mat the Thresher'he was intrinsically linked to the rise of cultural nationalism. He was nicknamed 'Erin's Champion'. Kiely played a major role in establishing Irish identity in international sport and was the first Irish sporting superstar. Kiely's story is full of wonderful anecdotes and details of his personality, capturing his status but also his humanity. 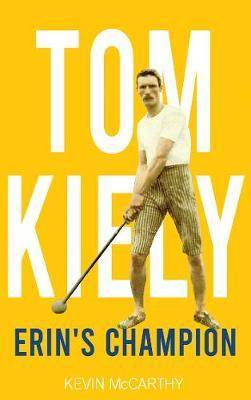 Running in the Midpack
Martin Yelling
€15.85

Out Of Thin Air - Running Wisdom and Magic From Above The Clouds in Ethiopia
Michael Crawley
€15.85

Liverpool Scrapbook: A Backpass Through History
Michael A O'Neill
€24.10

Essential Fly Fishing: Learning the Right Way and Improving the Skills You Have
Tom Meade
€18.25

Bounce : The Myth of Talent and the Power of Practice
Matthew Syed
€10.85