Unholy Union: When Rugby Collided with the Modern World

What is the state of rugby? Is the game on the brink of expansion? Or is it on the brink of implosion? No game has undergone so traumatic a transformation since the turn of the century. The last of the major sports to embrace professionalism, rugby was propelled on a trajectory that has twisted its cumbersome frame to the limit in a drama compelling and appalling to behold. After a hundred years defying the future, rugby now shudders with the turmoil of its sudden leap into the modern world, attaining heights hitherto undreamed of, even as the strains - financial, political, social and medical - threaten to tear it apart. With a global focus (and a particular lens on Australasian and South African rugby), Unholy Union is a fascinating and in-depth analysis of the sport, examining the journey so far and speculating on where it will go next. It is irreverent and provocative, asking uncomfortable questions of rugby, but imbued throughout with affection for a game that integrates all human life, as beautiful as it is ugly, as in love with itself as it is terrified. Sports enter periods that make or break them. Rugby is in one now . . . 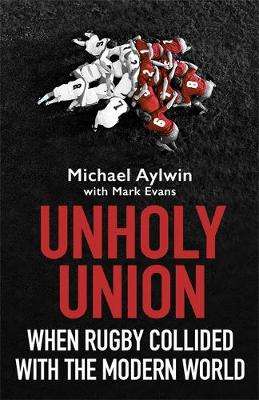 Paperback
Unholy Union: When Rugby Collided with the Modern World also appears in these Categories: