Ireland was not unique in creating and perpetuating an institutional response to insanity, but did enjoy the dubious distinction of having, by the 1950's, the world's highest number of psychiatric beds per capita. Despite growing interest in Ireland's historical over-reliance on institutional solutions to social problems, the physical places which provided the backdrop to this challenging aspect of out history remain largely overlooked.

This book reveals the rich variety of buildings and landscapes created as the asylum system evolved over the course of two centuries. Even an initial hopes for the curative power of architecture faded, structures of ever-greater complexity were needed to accommodate what contemporary commentators saw as a slow-motion 'epidemic' of insanity. Today, as the last of the large mental institutions pass into history, their architectural legacy - captured eloquently in this book by over 400 historic and contemporary photographs, drawings and diagrams - faces an uncertain future.

Complemented by a detailed gazetteer which explores the history of all 29 former asylum sites on the island of Ireland, it is hoped this publication may also encourage local communities to look again at the buildings built by our forefathers' with such immense solidity to express the notions of their day'.

Walls of Containment traces the history of the asylum as an idea; it's evolution as an institution; but most of all its legacy as a physical place that retains a powerful hold on our collective consciousness to this day. 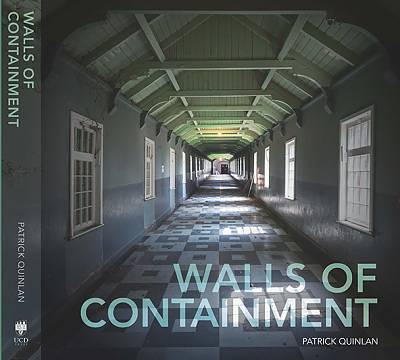 Hardback
Walls of Containment also appears in these Categories:

Heaven on Earth: The Lives and Legacies of the World's Greatest Cathedrals
Emma J. Wells
Hardback
€49.99