This is a selection of researched essays on the history of Ireland's waterways written by the late Brian J Goggin. He was an engaging speaker, and the book reflects this, with a mix of scholarly and lighter chapters. The book explores the politics of how money was spent on their development, even when it was clear that trains would be the future. The delivery of eggs from the west of Ireland to Liverpool became possible when steam engines enabled scheduled deliveries by boat. This is described, along with the development of the routes. Navigable waterways off the main routes are examined, as well as some waterways that didn't see completion. Alongside the main stories, Brian explores, inter alia, swimming in the canals of Dublin, and the misadventures of a sea captain who attempted to steal some cargo.
Brian had been researching Irish waterways history for years, meticulously researching, writing and re-writing articles and publications as new evidence led him to understand the economic, political and cultural history of Irish waterways in different lights. This book is a collection of lectures, articles and chapters from an unfinished book, all written before his untimely death in October 2020. The articles have been edited for coherence across the book, grouped articles by theme and stripped back some of the detail, but you will still find a mixture of scholarly articles and story-telling ahead of you. It is not a comprehensive history, either chronologically or geographically, but a selection of what we hope you will find to be interesting articles on interesting subjects. The references in the book are detailed, as Brian meticulously recorded his sources. He worked his way through parliamentary transcripts, newspaper archives, historic maps, and an extensive collection of journals and books. 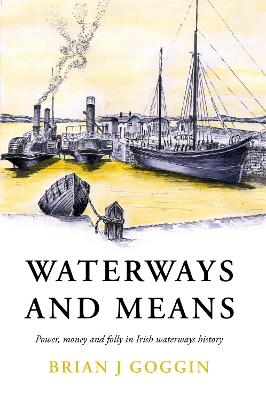 Signed
The Last of the Light
Marc Ó Riain
Hardback
€30.00