This is a book about yoga. Or at least, it was. January 2015. High on literary success and familial bliss, Emmanuel Carrere embarks on a rigorous ten-day meditative retreat in rural France in search of clarity and material for his next book, which he thinks will be a subtle, upbeat introduction to yoga. But his trip is cut short, and he is brought down to earth with a thud as he returns to a Paris in turmoil in the aftermath of the Charlie Hebdo terrorist attack. From then on, Carrere's life begins to unravel, along with his novel-in-progress. He is diagnosed with Bipolar II Disorder and is sectioned to a psychiatric hospital for a four-month stint, where he is subject to electroshock therapy. His marriage crumbles, he is struck by grief at the death of a close friend and is haunted by a love affair with a mysterious woman who disappeared from his life. Pushed to the edge of sanity and forced to reckon with his identity as a man and a writer, Carrere sets out on a life of action instead of meditation. This is a book that embraces the Yin and Yang of life: the pull between life and death, desire and despair, presence and absence, fight and flight. It is a book about a world and a man in tumult, and about how surprisingly far practising meditation - and writing about it - can take us in life. With raw honesty and humour, YOGA gives us the self-portrait of a man struggling to live with himself and others, by one of our greatest and most surprising international writers. 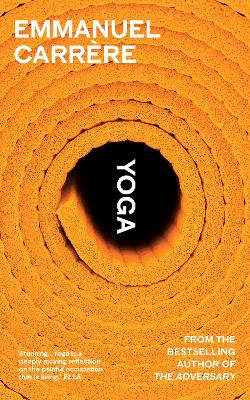