You Can't Stop The Sun From Shining

__________ Available for pre-order: the extraordinary and revealing autobiography of one of rugby's most entertaining and complicated figures 'I lived for winter Saturdays and played footy at lunchtime and after school, while at home I passed, kicked, tackled and discussed the game endlessly with my big bro. I ignored bad weather; I just wanted to play. When there weren't enough numbers to make up teams, a few of us kids would still get together and practice. That's where my offloads were born.' __________ As a shy part-Samoan boy growing up in the suburbs of Auckland, Sonny Bill Williams thought about footy constantly. For him, the dream of playing professional NRL was so big that nothing else ever came close. Fast forward to 2004, and eighteen-year-old Sonny Bill's dream was coming true. Making his first-grade debut for the Canterbury Bulldogs, he would become an integral part of their premiership-winning team and be named Rookie of the Year. The league culture was train hard, play hard and then party hard. Alcohol, drugs, women - it was a slippery slope for a naive teen looking to find his place. Too soon, the joy of winning a premiership gave way to an emptiness that not even footy could fix. Struggling, Sonny made a decision that for many was unforgivable. He walked out on the Bulldogs and flew to France. Scathing headlines, subpoenas and threatened lawsuits followed. But so too would come the realisation that he couldn't run from the man in the mirror. In this powerful, open and honest memoir, Sonny Bill shares the triumphs and missteps of his extraordinary sporting life and reveals how faith and family have made him the man he is today. __________ Sonny Bill Williams is a once in a generation athlete - a player with immense sporting talent in rugby league, rugby union and boxing. In his remarkable career, he has won World Cups with the All Blacks in 2011 and 2015 and helped the Kiwis reach the 2013 final of the rugby league equivalent. Compelling and searingly honest, You Can't Stop the Sun from Shining is essential reading for any sports fan. 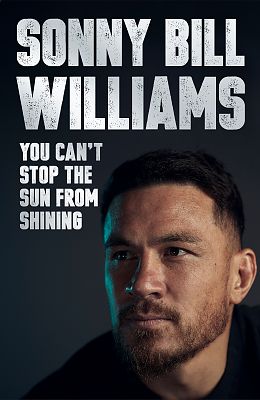 20% offTrade Paperback
You Can't Stop The Sun From Shining also appears in these Categories:

At Last - Limerick's Long Wait Is Over
Ciaran Crowe and Joe Lyons
Paperback
€20.00