Bram Stoker's peerless tale of desperate battle against a powerful, ancient vampire, the "Penguin Classics" edition of "Dracula" is edited with notes and an introduction by Maurice Hindle, as well as a preface by Christopher Frayling. When Jonathan Harker visits Transylvania to help Count Dracula purchase a London house, he makes horrifying discoveries in his client's castle. Soon afterwards, disturbing incidents unfold in England: a ship runs aground on the shores of Whitby, its crew vanished; beautiful Lucy Westenra slowly succumbs to a mysterious, wasting illness, her blood drained away; and the lunatic Renfield raves about the imminent arrival of his 'master'. In the ensuing battle of wills between the sinister Count and a determined group of adversaries - led by the intrepid vampire hunter Abraham van Helsing - Bram Stoker created a masterpiece of the horror genre, probing into questions of identity, sanity and the dark corners of Victorian sexuality and desire.

For this completely updated edition, Maurice Hindle has revised his introduction, list of further reading and notes, and added two appendices: Stoker's essay on censorship and his interview with Winston Churchill, both published in 1908. Christopher Frayling's preface discusses the significance and the influences that contributed to his creation of the Dracula myth.

Abraham 'Bram' Stoker (1847-1912) was educated at Trinity College, Dublin. Stoker joined the Irish Civil Service, before his love of theatre led him to become the unpaid drama critic for the Dublin Mail. He went on to act as manager and secretary for the actor Sir Henry Irving while writing his novels, the most famous of which is "Dracula" (1897). If you enjoyed "Dracula", you may like Mary Shelley's "Frankenstein", also available in "Penguin Classics". "One of the most powerful horror tales ever written". (Malcolm Bradbury). "Nobody has ever filmed it like Bram Stoker wrote it". (Sir Christopher Lee). "Staggeringly lurid and perverse". (Sarah Waters, author of "Fingersmith"). 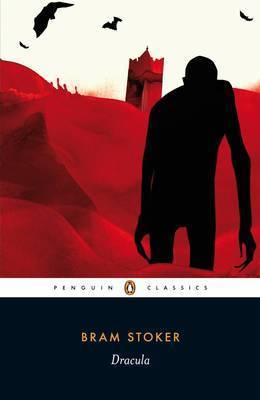 Collins Classics: The War Of The Worlds
H.G. Wells
Paperback
€3.75

Love That Moves the Sun and Other Stars
Dante Alighieri
Paperback
€2.50

The Meek One
Fyodor Dostoyevsky
Paperback
€2.50

The Night is Darkening Round Me
Emily Bronte
Paperback
€2.50

On the Road
Jack Kerouac
Paperback
€12.50