During the 1790s, with Ireland in political crisis, Maria Edgeworth made a surprisingly rebellious choice: in Castle Rackrent, her first novel, she adopted an Irish Catholic voice to narrate the decline of a family from her own Anglo-Irish class. Castle Rackrent's narrator, Thady Quirk, gives us four generations of Rackrent heirs - Sir Patrick, the dissipated spendthrift; Sir Murtagh, the litigating fiend; Sir Kit, the brutal husband and gambling absentee; and Sir Condy, the lovable and improvident dupe of Thady's own son, Jason. With this satire on Anglo-Irish landlords Edgeworth pioneered the regional novel and inspired Sir Walter Scott's Waverly (1814).

She also changed the focus of conflict in Ireland from religion to class and boldly predicted the rise of the Irish Catholic Bourgeoisie. 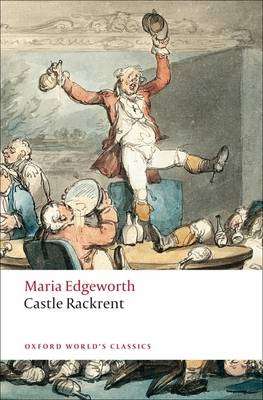 29% off
The Strange Case of Dr. Jekyll and Mr. Hyde and Other Stories
Robert Louis Stevenson
€15.99

20% off
The Reluctant Fundamentalist
Mohsin Hamid
€9.00

22% off
The Snows of Kilimanjaro
Ernest Hemingway
€7.80