Subtitled "A tragicomedy in two Acts", and famously described by the Irish critic Vivien Mercier as a play in which 'nothing happens, twice', "En attendant Godot" was first performed at the Theatre de Babylone in Paris in 1953. It was translated into English by Samuel Beckett, and "Waiting for Godot" opened at the Arts Theatre in London in 1955. 'Go and see "Waiting for Godot".

At the worst you will discover a curiosity, a four-leaved clover, a black tulip; at the best something that will securely lodge in a corner of your mind for as long as you live' - Harold Hobson, 7 August 1955. 'I told him that if by Godot I had meant God I would have said God, and not Godot. This seemed to disappoint him greatly' - Samuel Beckett, 1955. 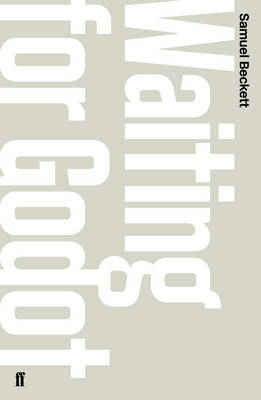 Paperback
Waiting For Godot also appears in these Categories:

The Playboy of the Western World and Other Plays
J.M. Synge
Paperback
€9.65

Heart of Darkness and Other Tales
Joseph Conrad
Paperback

Ross O'Carroll-Kelly 06: Should Have Got Off At Sydney Parade
Paul Howard
Paperback
€15.85

The Playboy of the Western World and Other Plays
J.M. Synge
Paperback
€9.65

12% off
Pathogens Love A Patsy: Pandemic and Other Poems
Rita Ann Higgins
Paperback
€12.00

The Men I Keep Under My Bed
Alvy Carragher
Paperback
€12.00

How We Arrive in Winter
Liz Quirke
Paperback
€12.00

8% off
The Time Being
John FitzGerald
Paperback
€11.95