It's been a month since Trisha's dad was killed, wandering out drunk in front of the car Trisha is driving, and her mother grabs the wheel. To try to avoid him? To try NOT to avoid him? Trisha doesn't know exactly what happened that night, but she's afraid it's going to happen again ... Love and violence. In some families they're bound up together, dysfunctional and poisonous, passed from generation to generation like eye colour or a quirk of smile. Eighteen-year-old Trisha's trying to break the chain, channelling her violent impulses into Muay Thai kickboxing, an unlikely sport for a slightly built girl of Indian descent. She's the Canadian daughter of Trinidadian parents, whose own ancestors came over as indentured servants from India, replacing the Africans in the sugar fields after slavery was abolished. All that love and violence, identities warped and lost, passed on to her family, played out in every punch her father lands on her mother. Until the night he wanders out drunk in front of Trisha's car, and everything changes for ever. 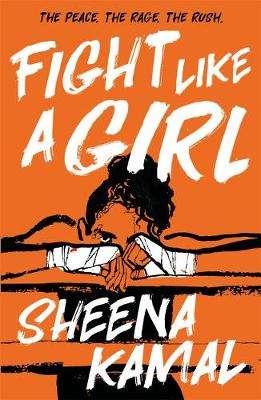 Paperback
Fight Like a Girl also appears in these Categories: