For thousands of years the Irish have believed in "the fairies". In present-day Ireland however, as in so many modern societies, fairies have been retreating almost to the point of extinction. Nevertheless, the question might still be asked, what if Irish fairies were not created or imagined, but remembered?

Ireland can trace the origins of its fairies to pre-Christian times. The large stone structures and tombs dotting the Irish landscape from the Neolithic age prompted the immigrant Celts to weave a complex story about the builders, creating a pantheon of early gods. Over time, these evolved intofairy royalty. Their habitations became the brughsídhe or hostels, concentrations of fairy folk in the early medieval landscape. Their residences still stand today.

It was generally understood that the fairies,na sídhe, led lives that parralleled human existence, but also stood apart. Living mostly underground, they showed themselves only when they choose to. They also lived close to the death realms, seperate but only just.

In this book Michael Houlihan invites us to take another look at our erstwhile neighbours. Every corner in Ireland retains a memory of the fairies - be it a cave, a hill, a tree, a lake or a fort. Their memories are intertwined with so many of our place names. Not long ago they filled our days with wonder, taught us to respect the land, excused our foibles and made the fringes of our society so much more fascinating by their presence. 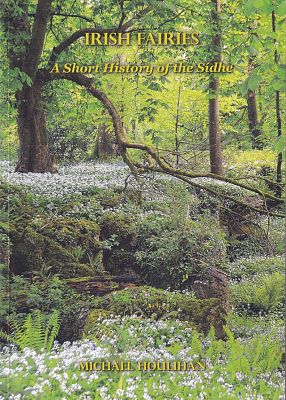