The Satires of Horace and Persius

The Satires of Horace (65-8 BC), written in the troubled decade ending with the establishment of Augustus' regime, provide an amusing treatment of men's perennial enslavement to money, power, glory and sex. Epistles I, addressed to the poet's friends, deals with the problem of achieving contentment amid the complexities of urban life, while Epistles II and the Ars Poetica discuss Latin poetry - its history and social functions, and the craft required for its success. Both works have had a powerful influence on later Western literature, inspiring poets from Ben Jonson and Alexander Pope to W. H. Auden and Robert Frost. The Satires of Persius (AD 34-62) are highly idiosyncratic, containing a courageous attack on the poetry and morals of his wealthy contemporaries - even the ruling emperor, Nero. 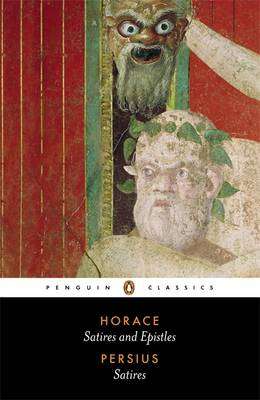 NUIG onlyP
The Satires of Horace and Persius also appears in these Categories: