The third edition of a ground-breaking football book that concentrates wholly on the fast-growing women's game. This is the definitive annual, with coverage of the top six divisions and top 90 clubs in England - The Women's Football Yearbook is the only printed annual to include a complete list of results, League tables, player appearances, goals and stats for the Women's Super League, The FA Women's Cup, Women's League Cup and Women's Premier Leagues. It includes an entry on each of the top 90 English league teams and also covers European and international results. With the Three Lionesses ranked second in the world, two English teams in the semi-finals of the European Cup, domestic games shown on BT Sport and BBC, Manchester United forming a women's team for the first time, a crowd of 45,000+ at the FA Women's Cup final, 6,000 women and girls teams and over 100,000 regular players... women's football is on the rise and this book is aimed squarely at this fast growing market place 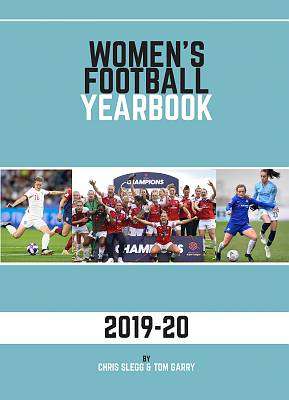 21% off
Treble Triumph: My Inside Story of Manchester City's Greatest-ever Season
Vincent Kompany
€19.76