More than a century has passed since Liliath crept into the empty sarcophagus of Saint Marguerite, fleeing the Fall of Ystara. But she emerges from her magical sleep still beautiful, looking no more than nineteen, and once again renews her single-minded quest to be united with her lover, Palleniel, the archangel of Ystara. A seemingly impossible quest, but Liliath is one of the greatest practitioners of angelic magic to have ever lived, a genius at making icons to summon angels, and supremely adept in forcing them to do her bidding. Liliath already knew that most of the inhabitants of Ystara died from the Ash Blood plague or were transformed into beastlings, and she herself led the survivors who fled into neighbouring Sarance. Now she learns that angels shun the Ystaran's descendents. If they are touched by angelic magic, their blood will become ashes, or they will turn into beastlings. They are known as Refusers, and can only live the most lowly lives. But Liliath cares nothing for the descendants of her people, save how they can serve her. It is four young Sarancians who fix her interest, for they are the key to her quest: Simeon, a studious doctor-in-training; Henri, a dedicated fortune hunter; Agnez, an adventurous musketeer cadet; and Dorotea, an icon-maker and scholar of angelic magic. The four feel a strange, immediate kinship from the moment they meet, but do not know why, or suspect their importance. Only Liliath knows their secret, and she draws them in to her complex plot, just as she manipulates Queen Louisa and her musketeers; King Ferdinand and his guards; Cardinal Duplessis and her pursuivants; and the Refuser Night King Biscaray and his criminal gangs. All become pawns in Liliath's grand scheme to fulfill her destiny and be united with the love of her life. No matter the cost to everyone else. 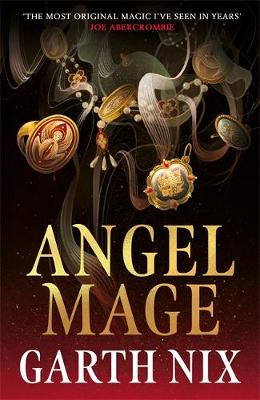